This week in React Knowledgeable, I did a sharing on Git commands.

The title of the talk was called "Git Gudder", because almost a year ago I did a lightning sharing on "Git Gud", (Get Good), this follow up sharing used the comparative of "Git Gud", therefore, "Git Gudder".

I am by no means a Git master or anywhere near mastering Git. I do google or refer to the docs whenever I am unsure of the commands. In this talk, I listed out all the common history manipulation commands Git provides. I hoped that, with it, we are aware of what is available in our toolbox. So, we can look for it whenever we need it.

Merging master into branch A: 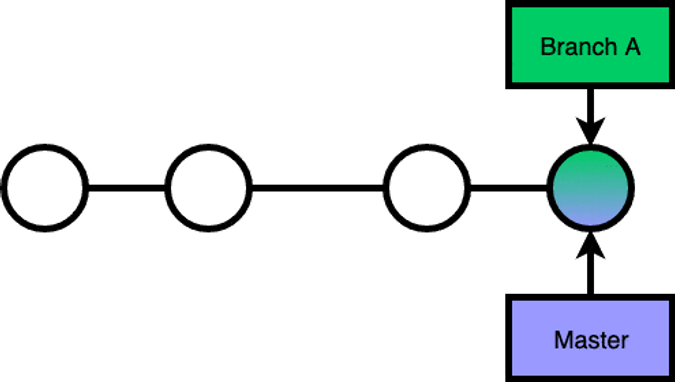 Merging master into branch A: 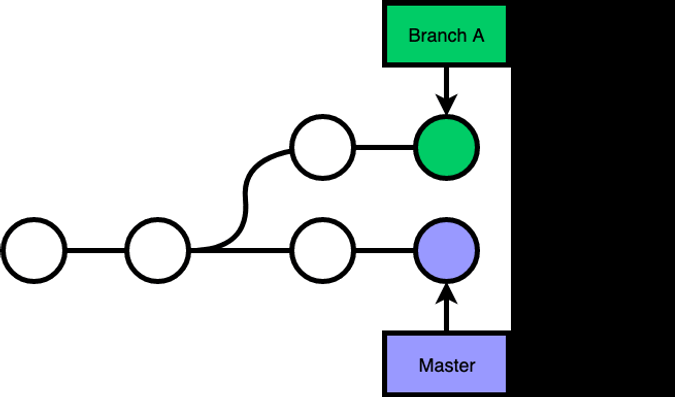 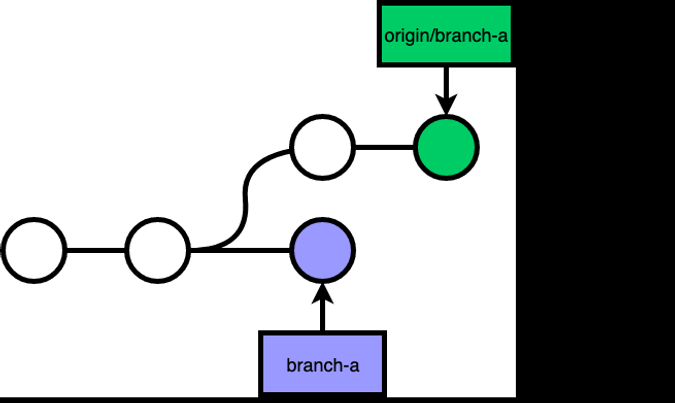 git reset --hard allows you to change the reference of where your branch is pointing at. 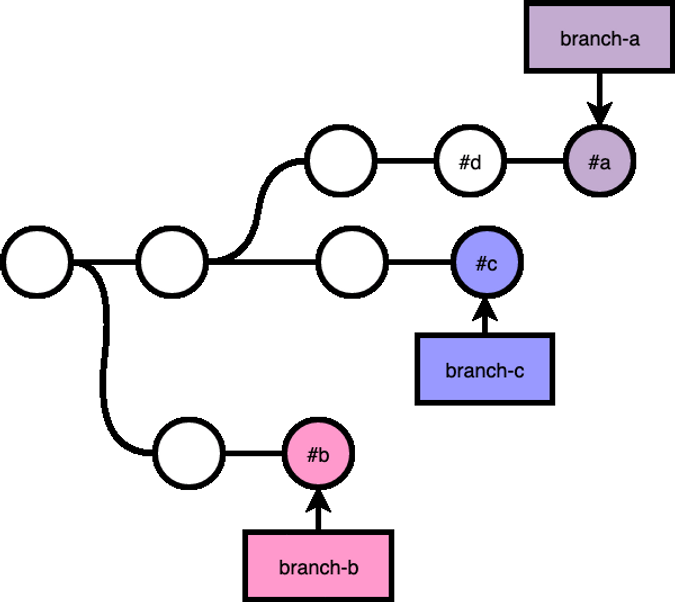 cherry-pick allows you to pick commits from some other branches, tags, or refs. 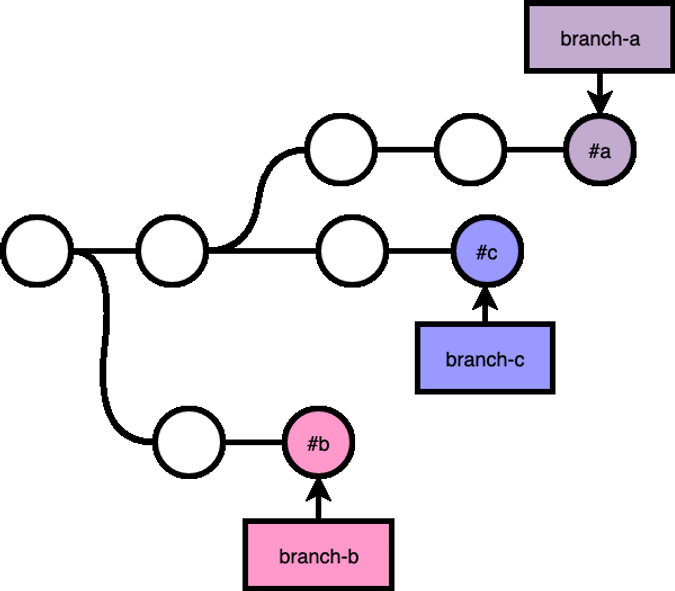 git revert creates a new commit that reverses the change of the commit that you are reverting.

For example, if you accidentally merged feat/a into master branch, you can git checkout master, git revert #1: 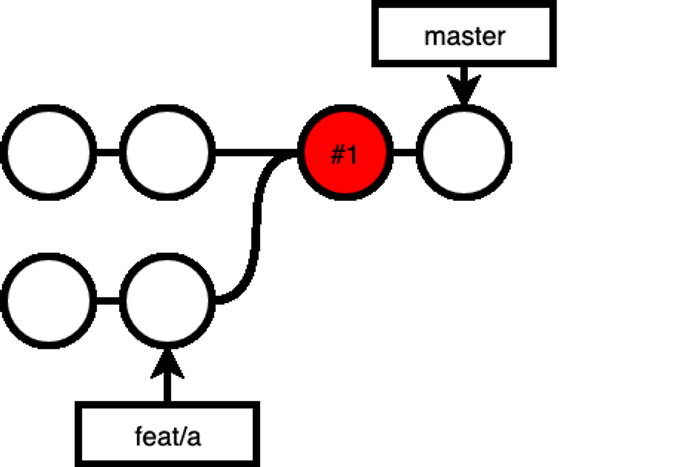 If you know merge master into your feat/a branch, you would noticed that all the changes in the branch is gone, because the merge is a fast-forward merge, that includes the revert commit made in the branch: 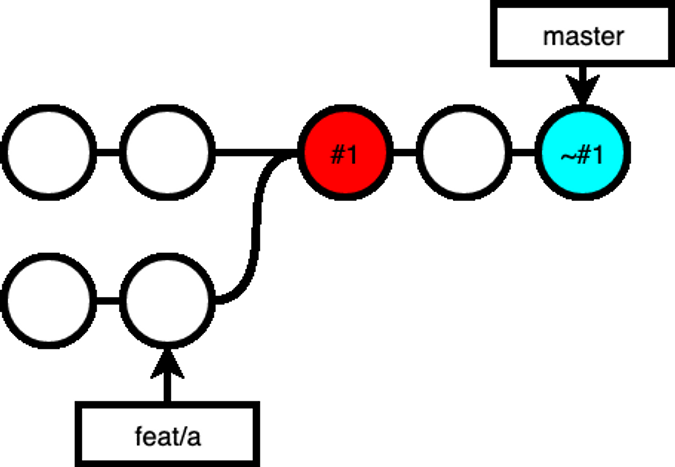 If you want to recover the changes made in feat/a, you can revert the revert: 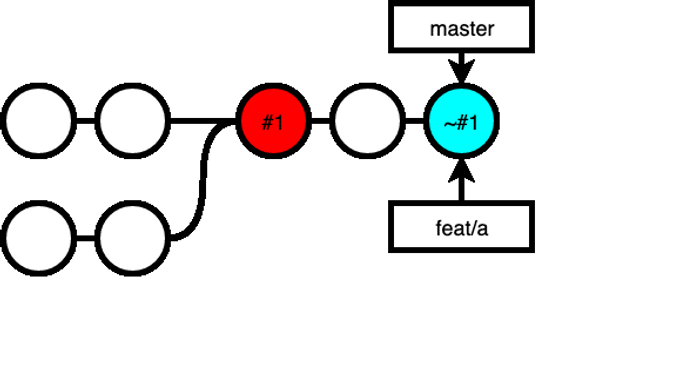 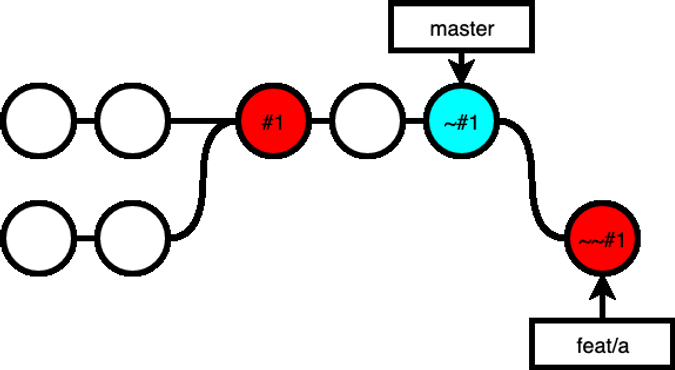 Merging changes back to master

git rebase allows you to "move" commits to a different "base".

For example, you branched out branch-a from master a while ago, and master has made a few more commits. But if you merge your branch into master now, it would be a non fast-forward merge, creating an extra commit to the history. If you want a clean, one-line history, you can do a rebase, replaying commits that you have made in branch-a on top of the latest master.

git rebase does not have to be on top of the branch that you branched out, you can rebase to anywhere: 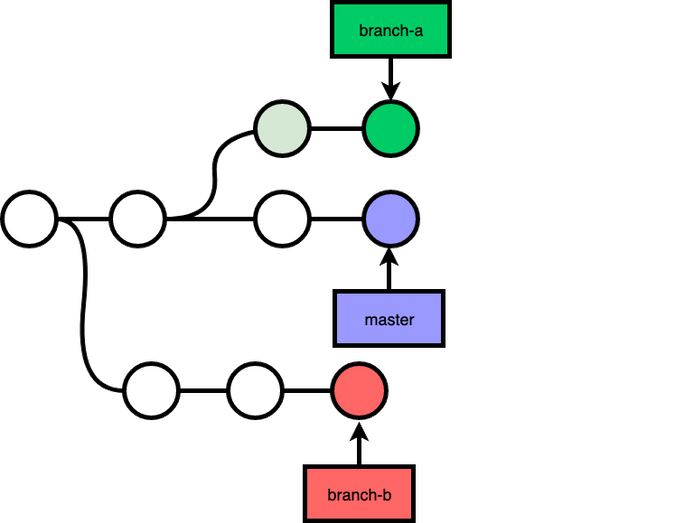 There's 3 reference point you should know when doing a git rebase:

Here are a few things you should know:

git rebase has an interactive mode, which allows you to specify instructions while replaying commits during a rebase.

When you run git rebase --interactive, git will prompt you with an editor to edit the instructions. In it, you will see a list of commits that will be replayed:

The default instruction. Will just use the commit while replaying:

Drop will omit the commit:

Squash & Fixup will combine your commit with the previous commit, the only difference is that with squash, git will prompt you to edit the commit message of the combined commit, while fixup will drop the commit of the fixuped commit.

Pause the rebase. You can do add more commits here if you want. When you are done, make sure that your workspace and stage is clean, run git rebase --continue to continue.

Pause the rebase at the commit that you are editing, before the commit has been commited. You can add, remove or ammend your files before continue the rebase process.

There's a rebase mode for git pull, where it will be git fetch origin branch + git rebase origin/branch. 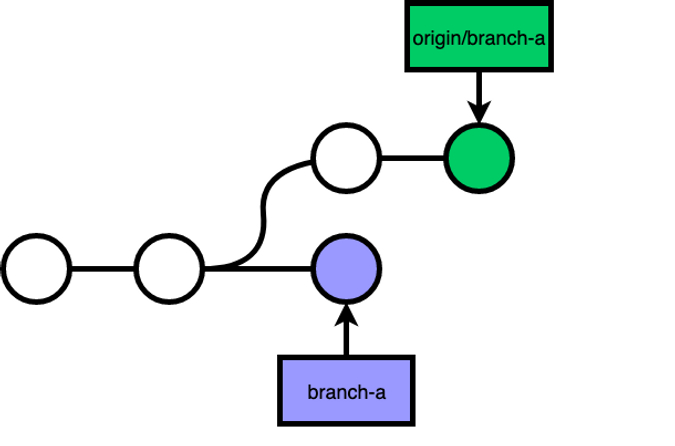 Say x and y are working on the feat/a branch.

x decided to rebase the feat/a branch to squash and drop some commits:

While x had done that, that was just a part of the whole picture. Because the rebase on his local machine changed the git history on his local copy only.

To make the change on the remote server as well, x forced push his branch to the remote server. (Note: You can push without --force if the origin branch cannot fast-forward merge your local branch)

While y on the other hand, did not know about the rebase, so when y pulled the code, it ended up with a messed up merged of a messed up git history:

In most cases, there would be a merge conflict, because x and y's branch would have made changes on the same file.

So, the correct way, if the rebase is necessary, is to notify y about the rebase, so that y can git reset --hard his branch to the remote branch.

If unfortunately, at the same time, y has made more commits to his local branch, he would have to git rebase the new changes onto the remote branch, or git cherry-pick the new changes after the git reset --hard.

In the companies that I have worked with, forbidden a rebase on a common branch, especially the master branch.

The go-to command to look at your git history. There's a few options that is worth mentioning, that allow us to search through the sea of commits:

You can filter out commits within a specific timeframe

You can filter out commits based on commit message

You can filter out commits that does not match the --grep

--grep is a OR filter, --all-match make it a AND filter

You can specify commits with the number of parents. A simple merge commit has 2 parent, so --merge is equivalent to --min-parents=2.

You can follow only the first parent commit upon seeing a merge commit. This is especially useful when you have merged of branches in, --first-parent allow you to filter out only the merge commit and the commit you have made on the current branch.

The reference log shows you all the HEAD position you have been to. This is especially useful when you have reset --hard or rebase, you can still find back the commit reference that you were at previously, so you can recover them.

This is a useful command that I am looking forward to use it.

Often times when you noticed something has changed / break / less optimised, yet you do not know when this change was introduced into your repository. git bisect allows you to do binary search on the history, so that you can quickly pin down the commit where the change was introduced.

Once you've specified at least one bad and one good commit, git bisect will find and checkout to a commit in the middle of that range between bad and good and greets you with:

You can know test / verify / profile your code, and specify whether the current commit is a good commit or a bad commit:

Continue doing it until eventually there's no more commit to inspect. git bisect will print out the description of the first bad commit.

Hopefully we are now git gudder than before!