1️⃣ The Zen of Svelte

@mrgnw did a ton of research comparing Svelte with Python, which is apparent on the references used in his talk.

I believe the talk is inspired by @feltcoop's "Why Svelte", where it says

"Svelte is easy to learn. Its design philosophy shares much with The Zen of Python"

"programming languages are how programmers express and communicate ideas — and the audience for those ideas is other programmers, not computers."

People who's day job has nothing to do with software development but who need to use software to process their data, can use Python to make their data processing doing exactly what they want to happen

Because the best thing about jQuery was its inclusivitiy, jQuery said to people like me, with no discrenible programming skill, you too can be part of this thing (bringing creativity to the web)

It works with what you already know, rather than replaces it with something new

Svelte is Zen, because it's for people who wanna make things

@d3sandoval performed a live coding in the talk. He showed us how he used Svelte to quickly implement an interactive prototype based on a Figma design for user testing.

If you find him familiar, that's because he's the one who wrote the "What's new in Svelte October 2020"

Things people asked in the chat:

"Using a production-like data model in application that is quick to build, which may otherwise take longer in our design file, allow us to respond to feedback quickly in prototyping"

If you want to describe it declaratively in Svelte,

Svelte transition allows you to specify how an element is transition in when it's created, and transition out when it is destroyed. 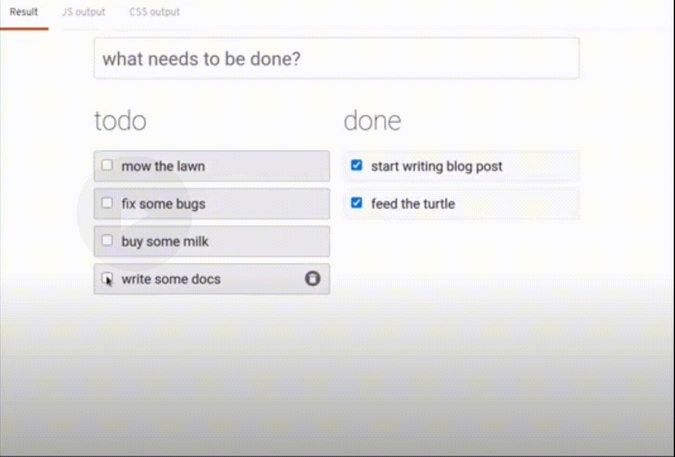 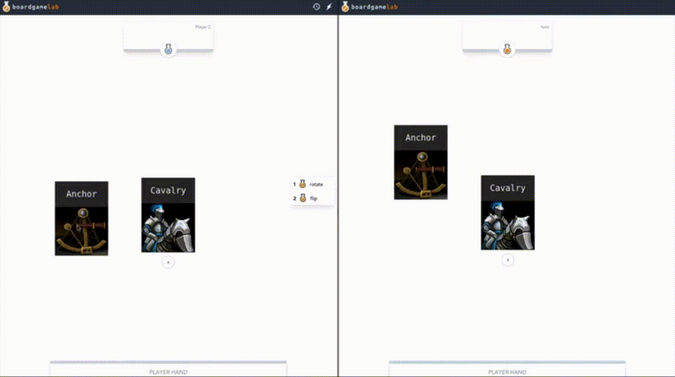 "You be so productive that you forget to check Twitter"

5️⃣ How you setup data visualization with Svelte

Check out his talk if you want to learn 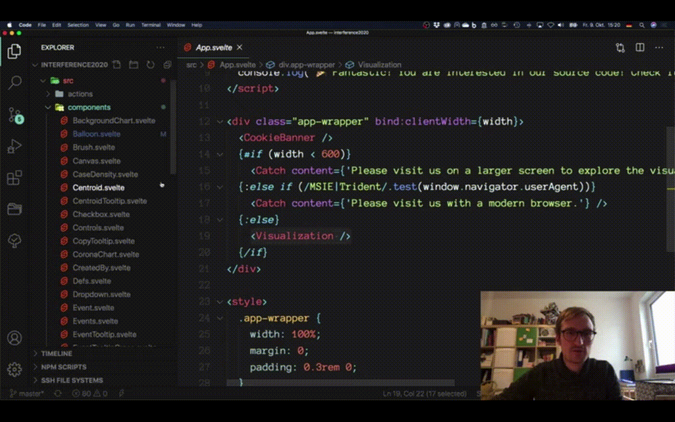 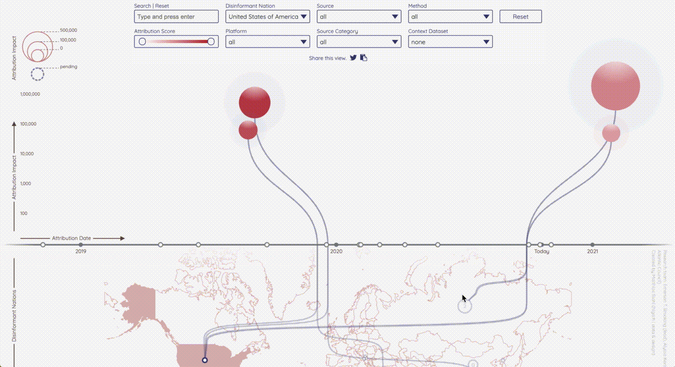 Is that "Svelte" in German accent?

To build a svelte app for Cloudflare, make sure

cfw Suite of utilities for building and deploying Cloudflare Workers

A fun, cheeky talk by @ronvoluted, where he draws comparison of web + svelte to Pie à la Mode

The pie 🥧, represent the web, the juicy things you can do with the web, it's a wondrous platform and it's prevalent. 🤤

Svelte helps us embracing these qualities by sweetening the deal. That's the ice cream on top. 🍨

@ronvoluted reminded us how easy to create a @sveltejs app

Resources to check what's available in the web platform

Check out these cool cats who made the web interactions that were showcased:

Dominik G introduce us to Svite, a Svelte integration for vite.

He walked us through the 3 basic commands of svite

Svite supports hot-module reloading, and this is how fast it is 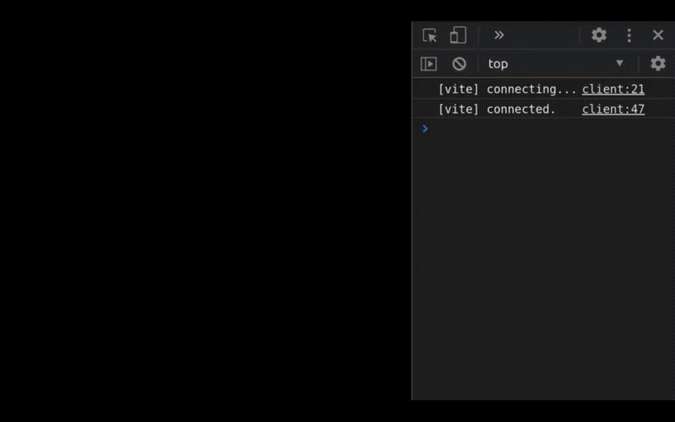 @mark_volkmann talked about transitions in svelte 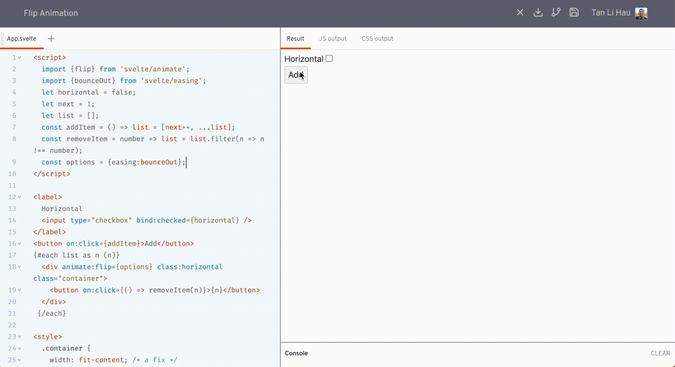 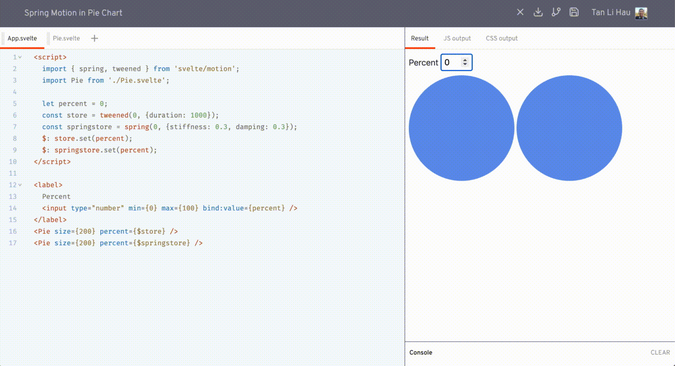 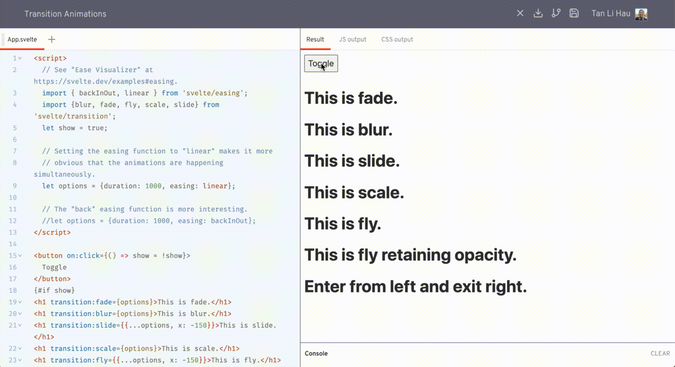 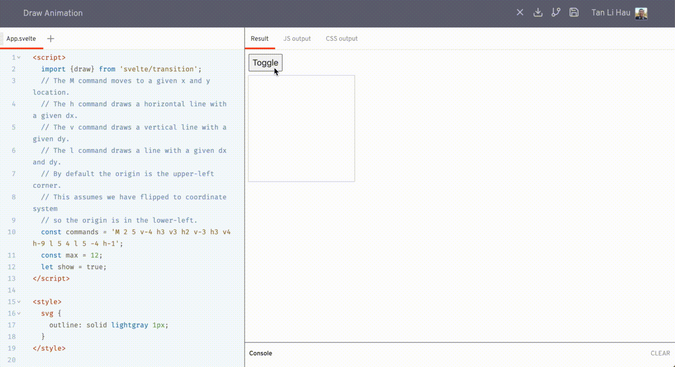 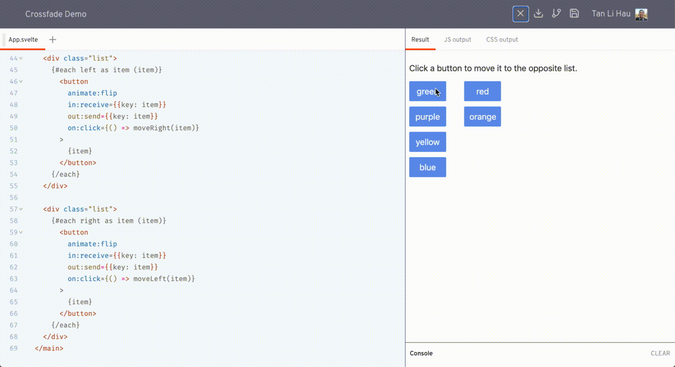 @annietaylorchen walked us through how cats build a purr-fect streaming service site with pawscript and Svelte.

Some of the plus points using Svelte

power of REPL as a playground

There are 3 main components in the code playground

Here's a high-level overview of how the REPL works

🔗 Check out the code https://github.com/pngwn/REPLicant